There’s always some kind of excitement going on in the world of LapCabby.
Keep an eye on all our latest goings-on right here on News.​ 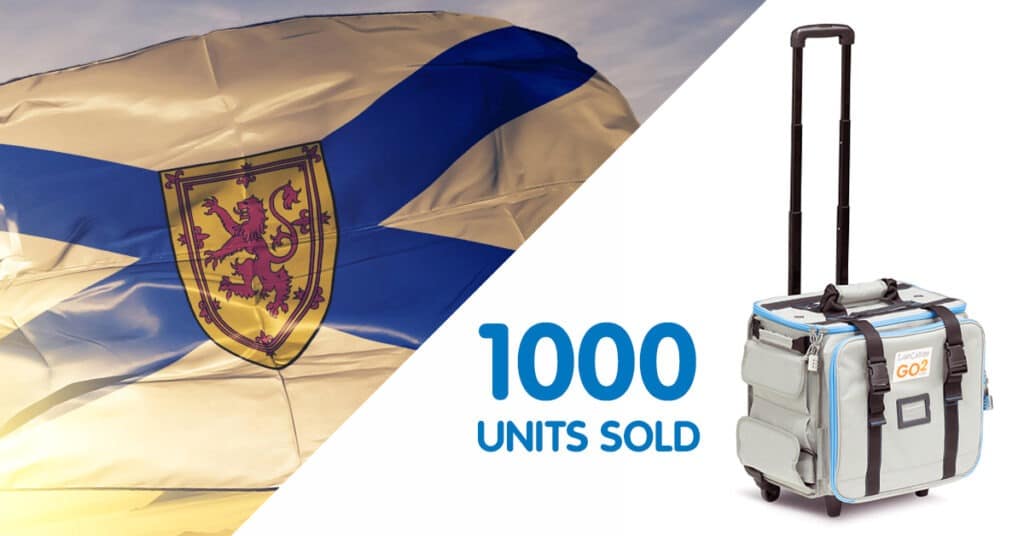 As Canada reaches a milestone of 1000 GO2 Cases sold for the Nova Scotia Department of Education, the production team at LapCabby reflect on this iconic product’s development over the last five years since launch.

As with most new product briefs, LapCabby had identified a gap in the market for truly portable charging solutions. LapCabby had already introduced the GoCabby to the range a few years prior; a hard-case solution that houses up to 16 tablets and one laptop.

The gap they identified was for a smaller, soft-case with the ability to house not just tablets, but a range of devices, so as not to limit it’s potential to varying technology markets. The development team were keen to create a charging solution that met the exacting needs of the end users and so arranged meetings with key potential clients to better assess the desirable features of what would be the GO2 Case.

Jeffery Maxwell is an educator of technology and IT specialist for the Niagara District School Board, Ontario, Canada. He first met LapCabby at the ‘CanConnect’ trade show in Niagara a few years ago when Northern Micro were demonstrating the first prototype of the new LapCabby GO² Portable Charging Case. He and other key contacts worked closely to help LapCabby finesse the final design and a robust, cabin-sized, fully portable charging case was born, housing up to 8 (6 UK format) laptops (up to 14 inches) and all charging equipment in a neat, child-friendly unit.

In 2020, thanks initially to a new design of popular Chromebook, LapCabby began tweaking the design for their successful case. A slightly longer body would allow the new Chromebooks and their plugged-in cables to sit proud within the case without putting any unnecessary pressure on cables, saving any potential of long-term damage. Feedback from customers had indicated that the detachable telescopic wheels were rarely required to actually be detached from the case and thus a more balanced and durable permanent fixture was introduced. A crisp new look modernised the look and aesthetics of the original GO2 Case and the GO2+ Case was introduced.

The GO2+ is proving equally popular in technology markets but, like all LapCabby products, remains under constant review, the new 8th generation of Apple iPad introduced a new challenge regarding shape of the plugs. Some small tweaks have already addressed it to leave LapCabby well equipped to provide Canada with their next 1000 units.

To know more about our GO2 solution please click here